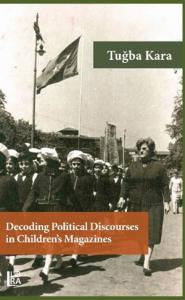 This book inspects the reflections of the ideological aspects of a nation-state’s over childhood issue of the political powers of both the early Republican era and the AKP government concerning two different children’s magazines called Gürbüz Türk Çocuğu and Sevgi Bir Kuş. Hence, it is significant to examine the literary products in the children’s magazine published by the “Children’s Protection Agency”, one of the official instruments of the State, to see how the discourse of the power changed over time in the context of children’s policies and a nation-state. This book deals with following questions: What characteristics did children’s magazines possess concerning the language and the wording? Was the language used in the magazines appropriate for the child readers and leveled with the daily language? Was the wording used in the magazines didactical and peremptory? Who were the readers or the targeted audience of these magazines? Did the magazines only address the children? What were the ethical elements that were idealized? What kind of bond was established between the analyzed era and the ethical understanding that was valorized? How did this situation affect the idealized ethical virtues? Did the ethical understanding have a discourse shaped in the axis of the necessities of the daily practices? Did ethical values have different determiners or definitions for boys and girls? How did they cover these cases in the narratives?