A Modernist Approach Towards Turkish Nationalism: The Case of Language Policies in Early Republican Turkey 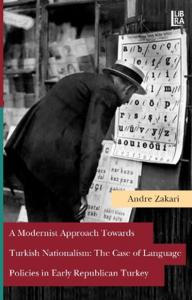 The reform of language has always been an important tool employed during the construction of a national identity. According to the modernist approach in the academic literature of nationalism, the supposedly timeless historical existence of a nation's language, offered as proof of the continuous cultural evolutionof a society since the ancient times, is used by nationalistic ideologies to build modern nation-states. In Turkey, during the 19th and 20th centuries, the reformation of Turkish became linked to the process of building a modern Turkish nation, and then for defining the cultural identity of the society with which it had to be associated. Nationalism appeared in the Ottoman Empire, and increased in the Republic of Turkey, as a result of the need to gather an ethnically diverse society under one commonly constructed social-political identity. Whether this constructed identity would remain linked to traditional Islamic culture or shift towards modern western civilization was an important area of competition among the various groups aiming to shape society based on their agendas.
In this book, the relationship between the reformation of Turkish and the construction of Turkish nationalism that occurred between 1928 and 1938 is explored from the perspective of Ernest Gellner and Benedict Anderson's modernist approaches. This book will argue that the language reform in Turkey, which was used to create the modern Turkish identity, is a combination of imagined projects and invented policies.