Kemalist, Once Upon a Time: Falih Rıfkı Atay and His Unconventional Approach to the Early Republican Period 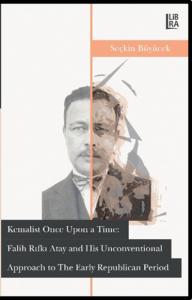 Focusing on the selected travel books and memoirs of the early Republican intellectual Falih Rıfkı Atay, this study illustrates an unconventional approach to the early Republican period. The travel books and memoirs in question have at least two types of importance in the scope of the study. Firstly, while Falih Rıfkı Atay operationalized travel books on behalf of finding the most appropriate model for Turkey's development, he also struggled to seek the ways in which “Turkish identity” can be defined. This argument questions the early claims that associated the author with being the sole, passive disseminator of fixed, pre-given Kemalist ideology. The memoirs and collected essays of the author, on the other hand, indicated different interpretations and perceptions towards the republican regime in the eyes of ordinary people of the time. Secondly, his critique and unconventional thoughts on controversial issues like religion and women present a fertile area of study allowing for the rethinking of the established roles that the early Republican intellectuals have been affiliated with until recently.