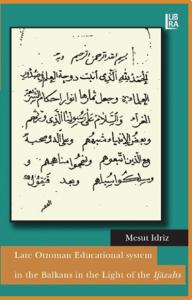 The study ofijāzahtradition, its history and its impact is somehow neglected by both Muslim and non-Muslim researchers and scholars alike. This significantly unique tradition of the Muslim educational system has a long history as it emerged and developed parallel to Islamic education itself, and was in practice for more than a millennium. However, after adapting the new educational system during the late 19thcentury and throughout 20thcentury until the present, the tradition of grantingijāzahdrastically began to decline and to extent became a part of history as it was practised among countable scholars, who express their will to keep this distinctive Muslim tradition alive. During the 3rdcentury of Hijrah/9thcentury of C.E., this tradition had a strong impact to the higher learning institutions of Europe, where it is believed that granting diploma/license was the product of the Muslim tradition ofijāzah, but in terms of the form and content the former differed completely from the latter. Besides the central regions of the Muslim world, theijāzahsystem appeared and practised extensively in the periphery, where this can be clearly seen in the regions of Southeast Asia and Southeast Europe. Though modern-day diploma replacedijāzah, this practice is still alive in certain parts of these regions; however, it is not recognised “officially” by the government higher learning institutions. Up to this moment, this researchmanaged to interview and discuss with number of ‘ulamāwho have been grantedijāzahfrom their preceding scholars from various countries of the Balkans.