Turkey's Ever Present Past: Stories From Turkish Republican History 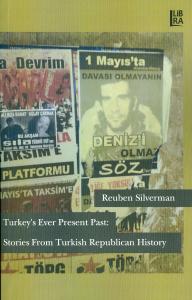 For more than nine decades, citizens of Turkey have argued over what “Turkey” is and what it means to be Turkish. Rather than give a particular answer, this collection of essays looks at various figures from modern Turkish history who have sought to define Turkey or pushed back against the definitions that others sought to impose on them. The protagonists of these essays include Rauf Orbay, a contemporary of Atatürk but ultimate enemy of the republic; Yilmaz Güney, an award-winning director and escaped convict; Kemal Kerinçsiz, an ultra-nationalist lawyer and, temporarily, convicted criminal; and Sait Faik, a dying author whose writing captured a fading Ottoman world.

Through the combination of these diverse (and often conflicting) perspectives, these essays offer a panorama of republican Turkey: how it was imagined; how those visions affected the lives of Turkish citizens; and how each generation has offered new definitions of what “Turkey” means.