Turks at the Transition from Empire to Republic 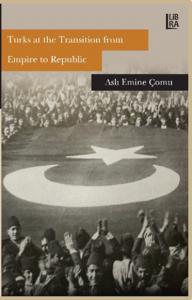 The book covers nearly a century of history starting with the description of the Ottoman Empire's political and economic adaptations to the European market in the second half of the nineteenth century, continues with the deterioration of interethnic relations and attitudes in the Empire, institutional reforms that were geared towards keeping the Empire united and then securing the Turkish domination, and ending with the establishment of the Turkish Republic after ferocious battles between different ethnic communities who asserted their national claim on the same territory. Three coastal cities, Ayvalık, Mersin and Trabzon, were selected for examining the phases of transition from the Empire to the Republic. The study focuses on other subjects such as the efforts of the Turkish rulers of the Ottoman Empire in balancing the contradictory interests and aspirations of different ethnic communities, changing nature and content of reforms, the alienation of Christian communities from the Ottoman Empire and the role of the European powers in the Ottoman transition.