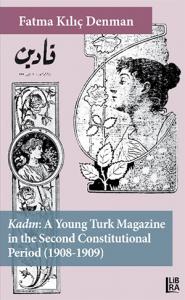 The Second Constitution intellectuals aimed to change not only the state but also the society. The Committee of Union and Progress saw women as the key to this change and decided to increase the public appearance of women as a sign of modernity, and to make public use of the female energy as an economic necessity. With the Declaration of Freedom, the image of “the ideal woman” as “a good Muslim, a good wife and a good mother” was imbued with “the creative woman” image who would raise the kids to “civilize” them with revolutionary principles such as “freedom, equality, justice, and fraternity.”

Thessaloniki, the political and cultural center of the Young Turks, was also the experimental region for women’s organizations through charity work. The most political of the three women’s magazines during the Second Constitution period was Kadın which started to be published in Thessaloniki. Kadın tried to redefine women’s public and private roles and duties, to cover the rhetoric of educating women and important political pointers.

The objective of this book is to demonstrate how the “Young Turk feminism” was shaped by the solidarist politics of the Committee of Union and Progress under the vestige of “conscientiousness” and “progress”. This book aims to investigate constructions, and discourses about the “Second Constitution Woman” and how women got involved in these polities. It also claims that the establishment of the identity of the “new woman” that started with the Tanzimat period reform movements and continued until the Republican period goes back to the Second Constitution period.