The Emergence of Modern Economic Thought in Turkey: The Case of İbrahim Fazıl Pelin 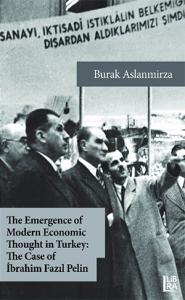 This book attempts to shed light on the evolution of economics into a scientific branch, from the late Ottoman period into the Republican era, by means of introducing the thoughts of a prominent thinker, Dist. Prof. İbrahim Fazıl Pelin. Although historical studies on the early 20th century often refer to his name, a systematic and detailed analysis of Pelin’s social and economic thought does not exist in available literature. This research fundamentally focuses on compensating for this gap and determining the place of Pelin within this process of evolution since he represents a notable component in the generation enabling that transition. Although existing literature acknowledged Pelin predominantly a disciple of classical economic thought, he developed his own ideas and displayed an eclectic attitude by chasing a moderate path and he developed a socio-economic model based on social interest, which envisaged a balance between the state and the individual.