Tracing Dr. Kilisli Rifat: From Ottoman to Turk and Beyond 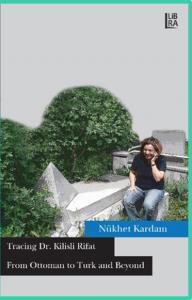 Nükhet Kardam grew up in Istanbul in the 1960s and 1970s and left Turkey to study international relations in Canada. As she continued to live and work abroad, her ties to Turkey grew stronger rather than weaker over the years. Thus, she embarked on a mysterious journey to explore her grandfather Dr. Kilisli Rıfat's life.Her grandparents, Dr. Kilisli Rıfat, a well-known medical doctor, author, bureaucrat and professor, and his wife Nazire, the daughter of an Ottoman pasha, were subjects of the multicultural Ottoman Empire. Then they became Turks, 'citizens' of the Republic of Turkey. How did they adapt to becoming citizens of a unitary nation-state with a reconstructed history, national myths and identity? How did they survive the destruction of a vast empire, the wars, and the devastation? Kardam found out that we are links in a chain of generations, unconsciously affected by their suffering or unfinished business, until we acknowledge the past. And her search resulted in surprising discoveries that led to questioning her own identity.