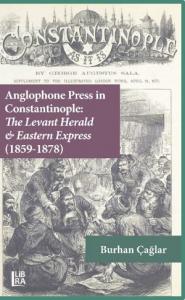 The first newspapers in the Ottoman lands generally focused on commercial and financial news, but as the time passed, they developed a richer content portfolio with a wider range of topics. The Levant Herald (1856-1914) was one of the long-lasting newspapers issued by British subjects under Ottoman rule. From this perspective, it witnessed the Empire’s last decades. Although The Levant Herald was published in Ottoman territory, it also circulated in Europe and Britain. Due to this, the newspaper had a somewhat international character. The main purpose of the newspaper was to give news concerning the financial, commercial and economic developments in the Near East, the Levant in particular, and to highlight the investment opportunities in the region. It was aimed at not only the British Levantine groups in the Ottoman territory and their local and commercial partners, but also the entire European community that had settled in the east. The proprietors of the newspaper changed several times during its lifecycle and due to the regular threat of closure, it had to be issued under different names. The names that the newspaper used were as follows: The Levant Herald, The Constantinople Messenger, The Eastern Express, The Levant Herald & Eastern Express.