The Greek - Turkish War of 1919-1922 in Greek Historiography: The Megali Idea in Action 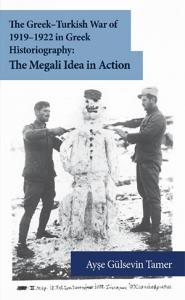 On May 15 1919, Greece landed its forces in Smyrna, an important ancient port and one of the largest cities in the Ottoman Empire, located at a strategic point on the Aegean coast of Anatolia. Initially, no one anticipated much resistance from the Ottoman Turks, a member of the Central Powers which lost the war. The prevalent belief was that the Armistice of Mudros signed and sealed the fate of the Ottoman Empire in October 1918. And when there was resistance from the nationalist Turks, a breakaway movement under the leadership of Mustafa Kemal based in Ankara, the Greek armies in Smyrna forayed out into Anatolia to quash them once and for all. Lloyd George (1863–1945), the prime minister of Great Britain, resolutely stood behind Athens both politically and financially.

However, the dream of the “Greater Greece” turned sour at the Battle of Sangorios River in August 1922, and then to Katastrofi in Smyrna in September 1922. The Greco-Turkish war of 1919-1922 is still a hotly debated issue in Greece under the woeful heading Mikrasiatiki Katastrofi.